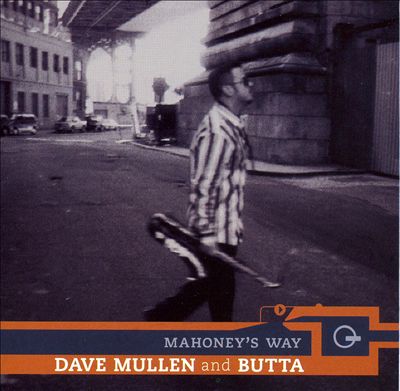 Over the past 20 years, the popular multifaceted N.Y.C.-based saxman’s vast résumé shows equal inclinations toward progressive jazz (Roy Ayers, Danny Gottlieb, Mark Egan) as it does wild funk (Groove Collective, P-Funk). Dave Mullen draws liberally from both of these worlds on this stirring, R&B-intensive date, whose title draws from his long-held nickname and his desire to follow his own eclectic muse. While his urgent playing and blistering sense of improvisation on uptempo tracks like “Like Rashaan” and the title track make him slightly too intense for 2007’s smooth jazz audience, he has a lot of the retro-soul sensibilities that drive that genre; his stated intention was to create a recording that, like Marvin Gaye‘s “What’s Going On,” could transcend generations. Like many of that genre’s best recordings, Mullen has an equal affinity for classic R&B and jazz vibes. His socially conscious original “Chase Away the Rain” blends both perfectly, with his rich tenor harmony lines and soloing in support of the potent lead vocal by Courtney Bradley. Mullen also edges beautifully into Kirk Whalumterritory with a deep exploration of his spiritual side, performing with the True Worship Ministries Singers on a rousing cover of Stevie Wonder‘s “As,” the fiery brass funk original “True Believer,” and the moody, soul-searching “Lost Souls”; he echoes John Coltrane on the outro of this tune as the chorus repeats the need for “a love supreme.” He takes this essence to a less engaging extreme on “Prayer for Our Times,” losing the positivity of the message by employing a machine-filtered vocal that comes off as gimmicky. Adding to the eclecticism is the heartfelt, David Sanborn-like ballad “Senora Cosa” and the punchy spaced-out fusion of “Squid.” Some of his best New York buds make strong contributions here, including Egan, Nile Rodgers, Marc Ribot, and Victor Jones.